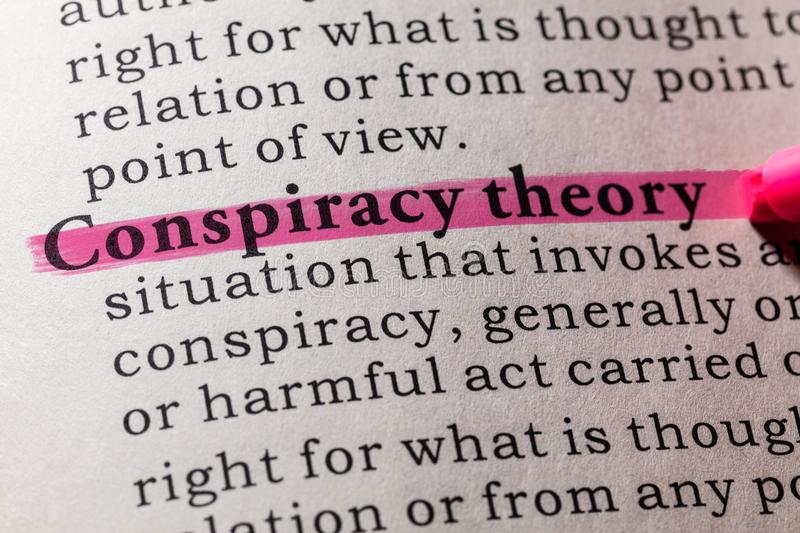 A theory is testable and falsifiable.  A theory abides the scientific method.  A theory employs data, analysis, and empirical evidence to achieve status as "theory".  Therefore, to deem something "conspiracy theory" is to suggest its tested validity.  To call somebody a "conspiracy theorist" is to label them an authority on the subject of conspiracy.

To the ears of conditioned normies, "conspiracy theorist" is immediately dismissive.  It contains the association of schizophrenia, paranoia, and the far-fetched delusions of a tinfoil-wrapped mind, irrational and scattered by the whims of fantasy.  This is the propagandized portrayal of anyone who may question the official narrative.  Yet it is far from accurate.

By the perspective of recognizing conspiracy for what it is at its core, we are all, at the very least, conspiracy speculators.  At the most fundamental levels of human existence, employees speculate who the boss slept with to achieve her promotion.  We speculate who our neighbor is bribing to escape H.O.A. regulations.  We may even formulate a hypothesis as to how a certain family member manipulated their way into Grandmother's will.  Conspiracy happens at the most basic, underlying realm of life, so to assume it doesn't exist at the highest levels is true insanity, for delusional fallacies must be employed at the most pathological degree to sustain such ignorance.

Not only does conspiracy exist at every level of the human hierarchy, but with the increase of stakes, riches, and power, the complexity of conspiring so too escalates to ever more nefarious and secretive extremes.  At this level, the boss, not only sleeps her way to the top, but steals, kills, blackmails, and methodically colludes and connives upward and from there on, covers up, cons, disinforms, and destroys to maintain the deceit and benefits of corruption.

To recognize this ugly reality is simply a matter of common sense.  And common sense, underneath all of it, is the key component to conspiracy theory.  Common sense is the guiding compass ever pointing due north.  Any interference of this direction of obvious truth is an alarm to awareness, followed by speculation, then potentially becoming hypothesis.  Through scientific evaluation and evidence, maybe, eventually it will evolve into theory, for the fact that unbridled power and unimpeded profit promotes all forms of psychological warfare and enacts all measures of absolute domination to perpetuate the master class is conspiracy law!

Simply put, it is what it is--a caste of upper conspirators conspiring at the highest, most sophisticated extent.  No theory required to validate its nature.  Still, conspiracy theorists, I salute you and we forever call upon you to uncover and expose the buried, blindfolded, and muffled truths of the ages!  Conspiracy theorists unite and sound off!