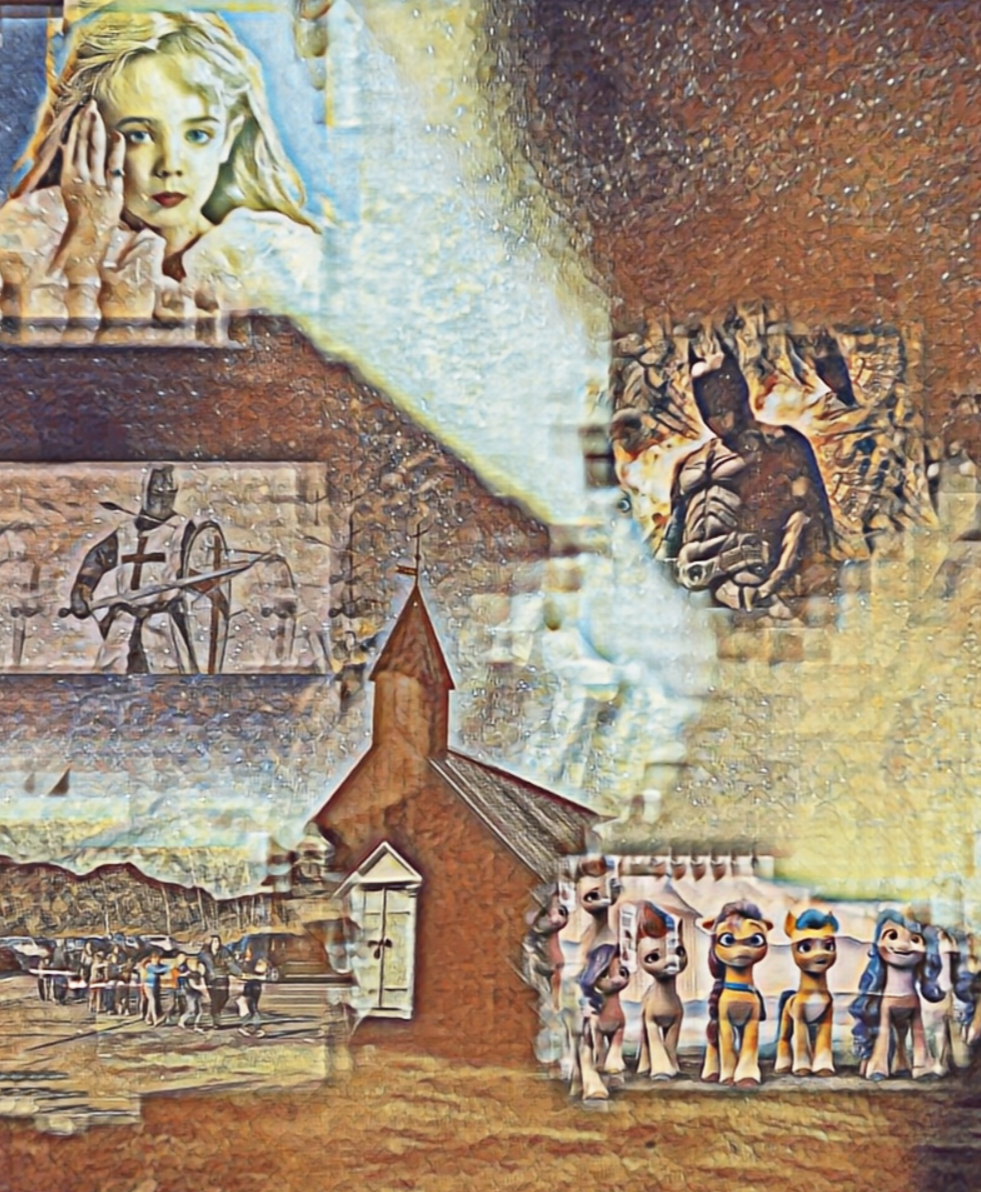 According to the National Studies of Missing, Abducted, Runaway, and Thrownaway Children program, 2,300 children go missing every day in the United States. Every 40 seconds, according to F.B.I. statistics, a child goes missing or is abducted. The Office of Juvenile Justice and Delinquency Prevention, in 1999, estimated that 1,800 juveniles were victims of homicide. So why then, in 1996, did the case of JonBenet Ramsey receive so much attention, while all other cases went virtually ignored?

She died on Christmas day. Christmas is the birth of Christ—symbolically the death of the spirit, being encapsulated by material form. She died in Boulder, Colorado. What was rolled away from Christ's tomb? A boulder, releasing the spirit from the material plane. Her birth numerology equals 33—the number of Christ.

Yet Jesus is male. Why would a female represent the son of God? Duality; yin, yang; masculine, feminine; androgyny of the pagan deity worship. She is named after her Father. Isn't it peculiar that a man with two sons, one named John, would name his daughter after himself? So let us dissect the name:

Jon or John is Hebraic, meaning “gift of Jehovah” and what was Christ to the world? Benet is derivative of benedictus, as in the Benedictine order of monks, which means “blessed”. Ramsey, if we make the assumption that it is the corruption of Ramses, its Egyptian meaning becomes “begotten by Ra”, so basically, the sun god. The blessed gift of Jehovah, the sun god … Christ.

There's a media story depicting a vial of gold glitter that was gifted by JonBenet on Christmas to a man before his heart surgery. Gold is symbolic of the sun. And where are we preached to store Jesus' sunshine? In our hearts. I would not be surprised to find correlating stories of her six-year life depicting gifted frankincense and myrrh as well.

The man who confessed to the murder of JonBenet was named Gary Oliva. He was arrested for possession of child pornography with a history of sexually abusing minors, yet was never arrested, charged, nor even accused by authorities of the murder, which is very odd in and of itself. Oliva, as in the olive branch extended in peace—the Satanic inversion. Gary is derivative of Old Norse “geirr” which means “spear”, as in the spear in the side of Christ or the spear in Shakespeare, as all the world is a stage. In ancient Egypt “spearing the fish” was a euphemism for sexual intercourse, so the spear may have a phallic representation. Spear to the olive would be sexual intercourse with a virgin. In one of Oliva's letters he described JonBenet's “glowing beautiful skin” and “divine God-body”. Again, sun god representation. Her body, just like Christ, was wrapped in a white shroud.

She went to Aurora elementary school. Aurora—the light display in the skies. Light of the northern heavens. Where else have we heard the word “aurora” before? The Aurora shooting, also in Colorado; also laden with symbolism—one of which being the 'Dark Knight Rises' and its predictive programming of Sandy Hook, which took place the same year of 2012 (the year the world was meant to end); a movie which also predicted Covid and masking for the safety of others. The youngest victim in the Aurora shooting was also 6 years of age; also blonde-haired, blue-eyed.

Veronica Moser-Sullivan. Veronica is of Latin origin meaning, “she who brings victory”. Moser is of Hebraic origin with possible interpretations of “delivery” or “handing over”. The most common interpretation of the surname Sullivan is “hawk-eyed” or “little dark-eyed one”. This unfortunately and very disturbingly brings to mind the panda symbolism of pedophilia. Veronica Moser-Sullivan is the little dark-eyed girl who hands over victory, by this haunting decipher. Hands over victory for whom?

The ransom note left to the Ramsey's ended with the word “Victory” and below that “S.B.T.C”. There is some debate as to the abbreviation, but the most agreed upon is “Saved By The Cross”, which goes along with the Christ symbolism. The cross is a red cross, the rosy cross, the Rosicrucianism of the Knight's Templar and the Dark Knight is Rising, conquering, proclaiming its evil victory. The last paragraph of the ransom note states the name John three times. There are three Johns in this immediate family—the Father, the son, and the one who became the holy ghost. Jon—the gift of Jehovah.

There are five Johns in the Bible, so this leaves two Johns left unaccounted. In the Aurora shooting, there were, in fact, two Johns who were victims. Jonathan Blunk was aged 26—the number of the spell. “Blunk” is of Scottish origin and means "to ruin or spoil". Jonathan means “God has given”, so the full name translates to “God has given ruin”. This unfortunate victim shares the name with an author who published one book by the title of 'James Wright: A Life in Poetry'. The link of symbolism may be fading here and perhaps I'm drawing correlations that do not exist. However, upon investigating James Wright, I found that his most popular poem is entitled 'A Blessing'. Perhaps this ties to the name Benet … “blessed”. One line of this poem reads “And the eyes of those two Indian ponies darken with kindness”. The dark eyes. A later line in the poem reads, “And the light breeze moves me to caress her long ear that is delicate as the skin over a girl's wrist”. This seems to be a very peculiar way of describing a pony's ear.

On the photographs of JonBenet's bedroom, you'll see the bedspread themed after the Disney movie 'Beauty and the Beast'. One may interpret this as, JonBenet as the beauty and her abductor/killer the beast. 'My Little Pony: Friendship is Magic' not only released an episode with an MLP/Beauty and the Beast collaboration, but, just like the name of the beauty, MLP gives its viewers and collectors the character “Sweetie Belle”, a school-age unicorn pony, making her first appearance in an episode titled 'Call of the Cutie', which draws to mind the Netflix horror of 'Cuties' and its extreme sexualization of pre-adolescent females. In this particular MLP episode, a secret society is formed, called the “Cutie Mark Crusaders” (crusaders as in, Knights Templar) where ponies may earn their “Cutie Mark” (mark of the beast).

The 'My Little Pony: Friendship is Magic' series is a creation by Lauren Faust. What are the odds of her surname coming from the character who sold his soul to the devil? In her series, the ponies are grouped by age and sex. The older males are called stallions with such characters as Shining Armor (knight) and Prince Blueblood (the royal bloodline). Faust has admitted that one of her ponies in the series is trans.

One pony collectible is named Bashful Bonnet. This may seem irrelevant, yet if we recognize the word “bonnet” as taken from the former spelling “bonet”, we see it as one letter away from benet. JonBenet quite often was pictured wearing bonnets in her photo shoots. Bashful Bonnet was released as part of the 2007 Easter Ponies edition. Easter, the rising of Christ. JonBenet would have been 16. The 2012 school shootings happened just 16 years after her death. There are men of satanic cult initiation who leave their mark of the beast all over their crime scenes and, oddly enough, the Girl Scouts organization and Hasbro's My Little Pony have joined forces for a public service announcement, echoing the Agenda 21/30 buzzwords and phrasing of “Inclusivity” and “Better Together”. They are scouting for children.

In 1996 the most popular toy in which parents were fighting over during Christmas shopping was Tickle Me Elmo; the Christmas that the beauty pageant blonde-haired, blue-eyed, Christ-like child is killed. The parents are suspects and, of course, one is called Patsy—the same thing Lee Harvey Oswald called himself before being killed, himself. The other suspect was the brother, Burke Ramsey. Burke means “to suppress or extinguish quietly” or “to execute by suffocation so as to leave the body intact and suitable for dissection”. This term comes from William Burke, who, in the 19th century, sold dead bodies to the local anatomy school. Because this was so profitable, he and his friend began luring unsuspecting victims, getting them drunk, and then strangling them. Burke was to be caught and strangled, himself, being hanged for his punishment, leading to the usage of the word “burke” as meaning “death by suffocation” and gradually evolving into the synonym of a “cover-up”....