Once Upon The Times 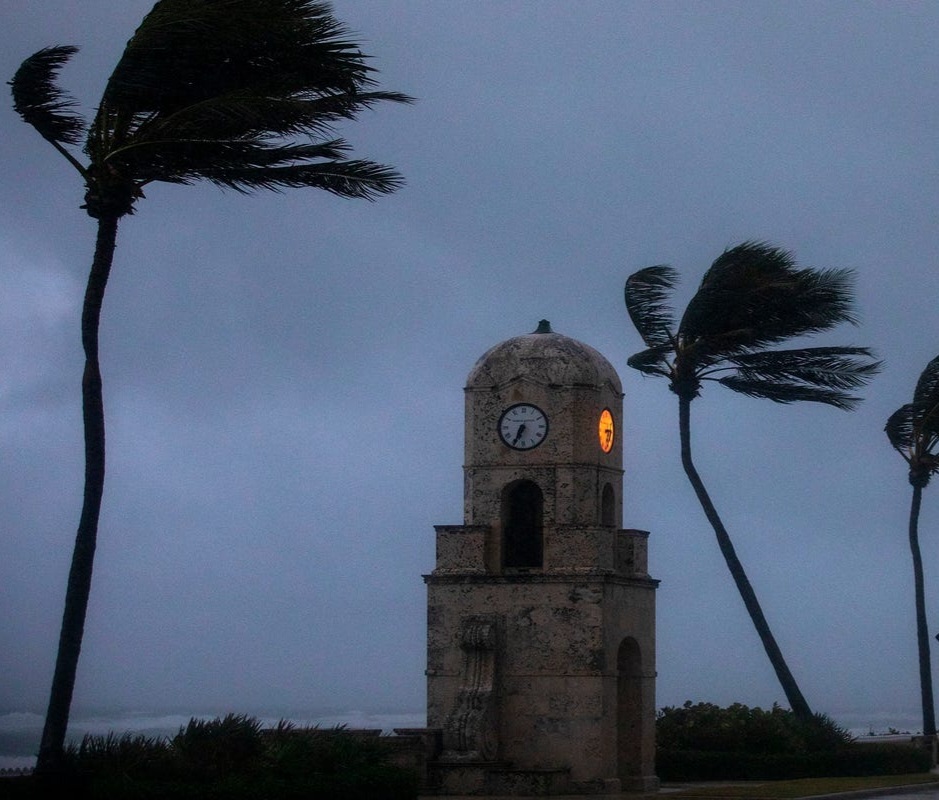 One morning, some time ago, David awoke one minute and twenty-three seconds before his digital alarm was scheduled to sound, rolling over to see his wife, Samantha, dressing in front of the vanity mirror.

“Is today Tuesday?” he asks in a yawn.

“No. I think it’s Thursday,” she answers inattentively, studying the reflection of her sculpted figure, the dress highlighting her prominent curves. “I’ve got to go,” she kisses David on the forehead. “I have that interview today.”

“Good luck.” He languidly drags himself to the foot of the bed stretching and scratching in his typical morning routine. The alarm goes off, set to the radio—G97, The Wave; nothing but new hits and instant classics.

“Good morning folks,” a nasally voice announces with spirits much too high for early ears. “It is a beautiful Wednesday morning out there and we’ve made it halfway through the week. Here’s an instant classic that’ll help keep you groovin’ ‘til Friday.”

“Wednesday,” David laughs to himself punching the off button on the alarm clock.

Dressed for another long workday, he sits at the kitchen table enjoying his toast. In between bites he fiddles with his tie while scanning the headlines in his local newspaper, the Watchui Gazette, named after the Island on which he resides. More ocean separating it from the continents on all sides than any other island, the world news takes a little longer to arrive, so the pages are mostly filled with local episodes and events. The other lands are like that of fairy tales to the average Watchui inhabitant. The airport consists of a single plane that transports only the highest members of society. Satellites don’t last long on this tempestuous Island and if not for ships laden with modern merchandise it would be absolutely cut off from the rest of the world.

He reads a recurrent Watchui headline, “Man is Fired, Kills Boss,” when he notices the date in the left-hand corner of the page; Friday, April 20.

He wonders to himself, “Is this a misprint?... Did the radio jockey make a mistake?” He turns to his trusted television for answers, toiling with the antenna until the Island’s only channel is exposed from behind a curtain of static. Back from the commercial break, anchorman Conrad Wallace reports, tapping a stack of papers upon the giant Channel 3 desk. “The time is now 6:30 a.m, Monday, May the 3rd and here are today’s top stories—”

He releases the antenna, staring at a snowstorm covering the screen in a kind of confusion he had never known before today.

As time continues unwinding throughout Watchui, Samantha arrives half an hour and three minutes early for her interview to find the office building closed as the janitor explains, yelling through a locked glass door, “Closed for the weekend.”

As not to waste her time spent traveling to this side of the Island, she decides to run a few errands. First she decides to do her grocery shopping at Parker’s I.G.A. for all the items she finds discount coupons stashed in her pregnant purse brimming with receipts, phone numbers, and bank statements.

Filling out a check for 136 dollars and 99 cents, she asks the cashier the date.

“It’s the nineteenth,” she answers, filing her long golden fingernails.

A pockmarked bagboy with fuzz above his lip like that of a sweating peach corrects in a crackling voice, “Nope. Today’s the ninth.”

Samantha scribbles an indecipherable date and leaves the two in combat against one another.

When dropping off a book at the library – a book explaining the intricacies of the ancient Mayan calendar; a fascination of Samantha’s – she is told that she owes a dollar and fifty-five cents for late charges. The librarian reads from her computer that the book is two months and seven days late.

“That’s impossible!” she protests, but reluctantly pays the fee.

At the exit is offered the local help wanted ads. She runs her eyes across the employment section hungrily and notices open interviews for a secretary position, today. She drives top speed back to the opposite side of the Island where is located Goodwin Enterprise, Watchui’s number two office supplies importer.

At the main desk she asks about an interview. A redhead with a single curler left in her ball of ratted hair with thick mascara smeared over her wrinkled skin dripping from a time-abused face, replies in a grinding voice, “The open interviews are tomorrow.”

“No. Today’s Monday. The interviews are tomorrow.”

Feeling as if in a ridiculous dream, Samantha quietly leaves, mulling over the fact that the ad gave no specific date, but only the word “today.”

Back home at her 3rd floor apartment, two doors down on the left, she finds David standing over the television with his tie hanging loose and his shirt unbuttoned.

“What are you doing home so early?”

“The boss didn’t come in so the few of us that were there went home,” he answers without blinking or removing an eye from the screen. “Watch this.”

On the television flashes images of angry mobs throwing rocks and overturning cars. “This is happening all over the Island,” he explains in a fearful tone. “Shifts are overlapping or skipped; not enough or too many employees show up for work; deliveries are too late or too early; checks are being withheld…. It seems like nobody knows what day it is and all these businesses that run according to a strict schedule are going under, causing mass hysteria.”

“Now is a special announcement from Governor Taylor,” the television demands attention. At a podium surrounded by security, overlooking a yelling, violent crowd that may as well be toting pitchforks and torches, stands the Governor erect, solid, and confident.

“Today we are experiencing a crisis. But I assure you, the people of Watchui, the worst is over. The day, today, is Sunday, January the 33rd. After an extensive investigation, all evidence confirms this date. All will return to normalcy tomorrow and this day will become but a humorous blip in the history of Watchui. Thank you and good day.”

However, the following day does not return to normalcy. Droves of irrational skeptics and oppressed blue collar workers heed the trumpeting of a billionaire eccentric named Benson Hupp, shouting conspiracy. Being the main contributor of Channel 3 he is afforded the airwaves for the entire day to blast his messages of unjust governmental tactics. From a sharp articulate tongue he accuses the Watchui government of using yesterday’s madness for means of control and profit. The protestors started small but explode in a frenzy when Watchui’s space and aeronautic program reports that their findings indicate the date is actually three weeks ago, while the physics professor of Watchui college suggests the date may actually be next month sometime.

This is all the slumbering citizens of this quiet Island need to awaken with a bang and raid all governmental buildings and offices, taking to the streets with a homicidal agenda.

The military and all law enforcement of Watchui are released upon the public with gas and clubs. David holds Samantha in his quivering arms, watching through the window the battle raging below when the crowd begins heaving homemade bombs of gas-filled bottles with cloth wicks. The explosions rock the apartment complex and the fires climb.

David, struggling to maintain composure, orders Samantha to pack. She cries, “Where are we gonna go?”

Through a mob armed with shotguns, bloodied bats, and broken fists, they dash to a burning jeep, shielding themselves from the whizzing bullets of the unleashed military. From there they crawl to the music store opposite their apartment. They begin to run to the back when they find a soldier and their neighbor, Anthony, firing at each other, taking cover behind rows of compact discs. The lights are shot out so they are able to quietly slither through a dark isle two rows down from the soldier reloading his rifle when he is shot through the forehead. He falls to the floor with emptied eyes.

They make for the exit and charge through woodlands that lead to the beach where they hear the thundering turbulence in the distance. They run the miles of shoreline kicking through white sand until finally making it to a cave hidden amidst jagged rocks and a crashing tide. Here is where they spent their first date, watching a full moon floating on the horizon.

In the belly of the cave they find a family cowering around a lantern as the Father panics, “Please don’t shoot!”

David and Samantha introduce themselves, assuring the family their safety and telling the story of their retreat. The Mother, an emanating aura of nurturance yet aged by the pressures of modern life, prepares bologna sandwiches for their new roommates, as Samantha plays with the children, distracting them from the madness. The Father of typical style in penny loafers, along with David, scours the shoreline for driftwood.

Many days and nights they sit gathered around the fire retelling the tales of their eventless lives, as the rations dwindle. In the center of the Island the war maniacally continues radiating outward with destruction that slinks within a mile of the cave. The citizens have recruited soldiers, gaining access to their weaponry. The government does everything to suppress the movement, but bodies drop like dominoes on either side. Governor Taylor has all local journalists slaughtered as to avoid embarrassment on the world stage. He too is murdered, his head hoisted upon a stake and passed around the crowds.

Living on beached fish and trapped crabs they decide to return to the city as an eerie hush drifts from the distance. The closer they come to the battlefield the louder the buzzing grows. A blanket of flies nearly blots out the sun, enjoying the corpses lining the streets from end to end. The parents cover the eyes of their children carrying them through the stench of decaying meat, slopping through puddles of blood.

They find few living, all who are left in citizens clothing, their arms loaded with supplies from the war-ravaged shops. David asks a man smashing the last window of a luckily unscathed furniture store, “Were you in the battle?”

“No,” he answers, sizing up a wrap-around couch, his attention drifting to an oak fashioned entertainment center.

“Did they ever come to a conclusion?”

“So what happens now? What day is today?”

“Who cares?” he replies indifferently. “It seems the only ones who survived were the ones who didn’t give a shit about the day, the date, or the time.”

“Maybe we can build a society without all that,” Samantha muses.

And so was the war of Watchui that evolved the tribes who now abide a flowing existence with the Island—or so is the story they describe to me. They have no systems, no classes, no hassle nor rush. They all hunt, fish, trap, and gather, the men, women and children together so as to permit more time with the family at the close of the day when the sun visits the other side before returning for another dawn in an endless cycle. They live in perfect harmony. And even the adults play.

I wouldn’t believe it, myself, had I not witnessed the ruins: the falling power lines; crumbling brick and concrete structures with leaning beams and rusted pillars disintegrating under the salty rains; eroded asphalt and dark streetlights waving in a serene ocean breeze. The clock tower yet stands with missing hands overlooking the city’s ghostly reminders of a time; and its bells toll no more.

Drop the Review on Charlie

When we think of Charles Manson, we think of a murderous, criminally insane cult leader as well as various other pejorative terms.  I,…

To some he was known as the loser’s champion, to others he was known not at all—just another raw boxer grueling …