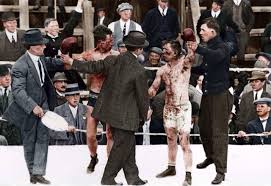 To some he was known as the loser’s champion, to others he was known not at all—just another raw boxer grueling through the obscurity of continuous defeat. Merle Gordon, as a frequent passenger of the Las Vegas ambulatory parade, reluctantly adopted the byname of Meat Wagon. And without an agent, without a trainer, he earned his matches one drubbing after another; an ever-flexed ego absorbing the harrowing shame of winless-ness. Knocked down and often knocked out, but never was he beaten and so became the ideal steppingstone for upcoming legends of that blood-greased canvas, slick in its telling aftermath. He feathered many a pinion of amateur fledglings at the expense of his own winging, at the expense of his own health: fiscally, physically, mentally, and spiritually. Still, he possessed a power amazing to witness lingering behind inflated eyelids hardly blinking a salty crimson that insuppressibly dripped from round one to the belated rescue of that final bell. The man was but scar tissue from the surface to the soul and though he cut easily, his fractured knuckles never ceased swinging.

He worked factory to factory, swept to and fro from the layoffs plaguing his country’s every industry in such a rent economy of the day. In these hard times of financial limbo, he would survive the only way he knew how—picking fights in moonlit alleys crawling with truculent drunkards spilling from dark casinos; alleys packed with jaded weekenders and hungry tourists happy to empty their pockets for the show. And this show spread from fast mouths to rapt ears, echoing out to pugilistic parasites who so instinctively and almost artfully exploited the Meat Wagon’s willingness to earn such a paltry living through his own murder night after night. Merciless beatings he accepted with gratitude, for in his own words, “It takes a beating to take a beating.”

However, he was not the only one enduring these sideshow massacres of some circus perversion; his wife, Lyra, suffering sleeplessly the early morning wait for his always less than triumphant return. Every puss-spewing wound, every bruised organ and grinding fragment of bone she took upon herself, mending his aches and pains while exacerbating her own. The Meat Wagon hadn’t known it yet, but Lyra fought silently a very aggressive rival, harboring cancer in humbled acceptance of its superior will and tenacity. He would later describe her as the strongest fighter he had ever known.

Tallying loss after loss, bouts were spread fewer and farther between while Lyra’s cancer worsened and became apparent, depleting her girlish pulchritude—transparently pale, thin, and tattooed with spider veins. Working merely for the copper coins with an immigrant construction crew, the Meat Wagon could not afford her medical expenses and without medication her pain increased exponentially without a single moan of complaint. He sold their car, but Lyra gave all proceeds to the community orphanage. He sold their furniture, but she gave all proceeds to the underfunded elementary school. He maintained their modest little home only to fulfill her wish of dying in the place of her fondest memories and fantasies of a future tickled with the laughter of children; the walls warm in family radiance.

But bills grew into stacks, into piles and the bank threatened foreclosure on their quieted house, cold and empty as a bare winter field. She begged her dedicated husband to go on without her and allow nature its unfathomable course, yet he persisted in obsession to her every comfort, however impossible to lend.

In her youth she had quite the affinity for turtles – ceramic, ivory, and glass figurines – and had accumulated an overwhelming collection with which Merle surrounded the bed where she lay dying. The turtle was the attitude she aspired to as a girl: passive, patient, and beneath a hard exterior resides the soft creature, sensitive yet wise in its leisurely travels. However, each awakening to the eyes of a million turtles left her admiring them less. She realized how much life the animal missed in hiding from a tragic world. And she pleaded Merle to sell her childhood collection for the benefit of the children’s hospital. Selling them to a flea market he felt as if he were trading away pieces of his soul. The turtles fetched an impressive sum, being rare antiques, and so giving it all up to a hospital felt so wrong without cancer treatment in return. Yet he obeyed, leaving doctors, nurses, and visiting parents all stupefied.

When a front-page article spread news on Merle Gordon and the most punishing fight of his life, orphans, elementary students, and children of all ages implemented a citywide fundraiser. Locals began recalling tales of the Meat Wagon’s epochal beatings and opened their wallets and often stubborn hearts. And just when the fading spirits of a weary couple were returned to their lonely home, a knock came upon the door from a very famous fist—the current heavyweight champion of the world, offering a match in appreciation of the upstart Merle had given the young man in his professional breakthrough.

With a win in this fight Merle could afford treatment and the costly hopes of a cure. So, he trained slavishly, the poor man’s exercise, using cinder blocks for weights and an old tire swing for a punching bag—the swing on which his children were meant to play. As the neighborhood witnessed this pathetic routine, they began donating equipment, wannabe boxers sparring with him in his back yard. The house became filled with desperate neighbors following a single spark in their dim community. They too know what it’s like to lose every fight, yet only one could take a beating so masterfully: the one they call Meat Wagon, the loser’s champion.

Each day he felt his bones turn to metal, his muscles to stone, as the confidence grew along with his unshakable structure. Still, he was so weak to the sight of his wife’s agony, although she faked contention for his sake. She was dying and the fight couldn’t come soon enough….

Finally, the day arrived, hours turning an uphill battle while Merle watched the clock, waiting bedside in the anxiety of prayer while ever holding her trembling hand too frail to grasp. There in the silence of a curtain-shaded room drawn upon a tangerine sunset fresh upon the window seal, Merle assured victory calling her his reason ... his purpose.

He knew then why she had him sell the turtle figurines—the room was getting to her, being trapped beneath its shelter, concealed from the amusement of a conflicted planet, cruel yet wonderful in its perfect cycle. So, in spite of her delicate state, he carried her outside free from the shell and its illusory protection. Her eyes opened wide as she announced clearly and radiantly how she knew he would win in the end, “… for a true champion is a victor even in defeat,” handing him a wooden figurine she happened to have kept in her pocket: a carved turtle sitting atop its shell, naked and defiant. “It takes a strong hand to hold on, but it takes a stronger man to let go,” she whispered exhaustively.

Just minutes before the fight they lay together upon their dusty lawn of dry Nevada grass, watching a smooth sky melt to violet, to black. And when he turned to kiss her goodbye, she remained in that stare as if watching her spirit’s ascension.

With her death he knew no meaning for the fight; he had lost the only one that mattered. There in the front yard, exposed to the neighborhood, he held her trying to contain the escaping heat from her body. Yet she grew cold as the night upon his teary eyes.

Carrying her inside, diligently step by lingering step, he began to hear applause, whistling, and voices of a swarming crowd rumbling in the streets. Stepping out from their sad little home he saw the community gathered, conveying the heavy load of hope upon their shoulders. He saw the faces of children Lyra had helped from her terminal isolation. He saw the parents battered under the stress of a dry desert town. He saw the fight in every one of their lives.

Up to the eighth round the Meat Wagon was pummeled so that his mind seemed to be leaking from his skull—knocked down thirteen times. Anytime he began to regain consciousness it was bashed from his head, as he fought in a blur. But the champion lost steam, tired in duress of an unbeatable opponent however violently stoned. In between rounds, doctoring himself as his own corner man, the Meat Wagon looked to the crowd—his neighborhood devotees hiding their eyes, children tucked away under their shirt collars.

Newfound inspiration and his fists seemed to automatically swing in a flurry, as his fans started peeking from their shells to see the champ backed into the corner, his head snapping every which way; uppercuts lifting his neck from its spine. The crowd simultaneously hung onto a single breath as the champ fell.

On the count of nine he stood upon unsure legs when the bell rang its wrap upon the fourteenth round. A cloud of insecurity began to enshroud his last reserve of courage as he looked across the ring to the Meat Wagon in his desolate corner, bloodied and swollen yet erect and ready. The crowd coaxed an upset in thundering urgency, so loud the bell in its ultimate finality could not be heard.

The Meat Wagon attacked with all the frustration of his life, as if fighting his wife’s cancer vis-à-vis. The champ found himself beaten backwards into the ropes where he hadn’t been the entire bout. Suddenly Merle noticed the champ’s pain, remembering Lyra and he could not swing. He saw a young man toting the heart of a titan and he could not swing. He realized this is not the real fight; this man is but a selected embodiment of the true match he cannot win – death and its infinite reign – and he dropped his gloves, lifting his chin.

The champ unloaded while Merle accepted each punch in awe of its force. His sight grew milky before draining to black. His knees buckled and his every muscle relaxed flaccidly. The ropes flexed under his weight yet held him to a muffled ringing of the end. He then fell to the thick swamp of comatic oblivion where he would remain to the final round of his life. 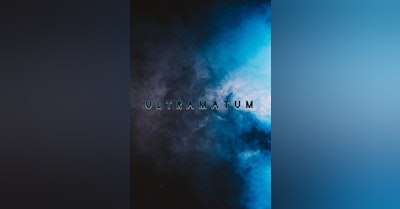 The living room window must be subtly highlighted by the perfect accent of drapery; this window facing due east to allow an … 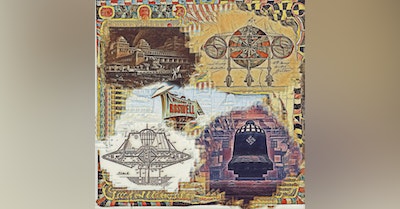 Between the town of Corona and the city of Roswell, New Mexico, in 1947, it was reported that the Roswell Army Air Field had recove…