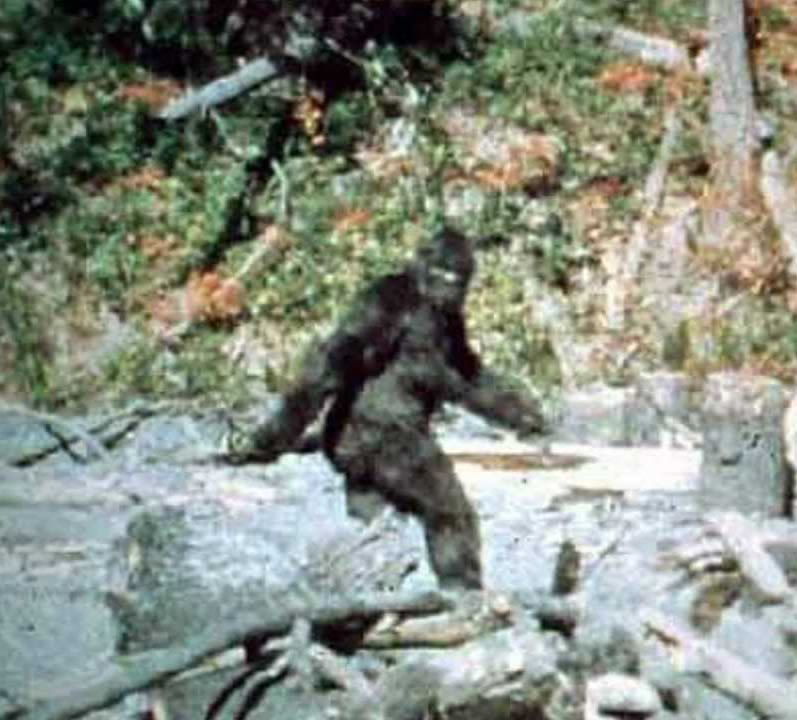 I remember the man—the myth-seeker turned mythical, himself; to be sought after like the very legend he helped popularize—Kevin Nazareth: the name he abided before the shedding. He established our o so profitable magazine, The Monthly Sasquatch Guide, read by believers and nonbelievers all over the world. Some of us grew wealthy from the magazine, others grew wealthier, and, me, during that beautiful cryptozoological craze, I was by far the wealthiest columnist without a high school diploma. We lapped at the nectar of the far-fetched for that moment in time—all but Kevin.

To him, it was not far-fetched at all. He took the search for Bigfoot all too seriously while we, the writers, snickered quietly under the typing of what we perceived as cash registers, tapping out dollar bills 100 words a minute. Kevin demanded the highest quality and expected nothing short of genius, truly believing we were aiding in the capture of lore’s most elusive ape; although our readers were doing nothing more than subscribing to the entertainment of absolute hogwash, our articles serving only to fill space between advertisements. Still our boss and founder saw us as his messengers of truth and so long as the money poured in we acted our part.

Yet paychecks began diminishing in the fleeting attention span of the public. I begged Kevin to consider including the Loc Ness Monster, but he laughed from behind his cluttered footstool of a desk overlooking the staggering view of nearby clouds wrapped around buildings like woolen scarves, saying, “The Loc Ness is a joke.”

“What about space aliens?” I suggested.

Flicking the fish aquarium that brilliantly lit his office in an unforgettable fluorescence, failing to awaken a floating goldfish, I diligently informed, “The magazine’s losing money. We’ve got to change something.”

He took me by the shoulder in that calm demeanor natural only to a few, explaining, “It’s not about the money. It’s about the truth—and you don’t sell the truth, lest you trade for lies.”

And he was right. I was in deed living a lie. My hair was dyed, my teeth were bleached; my tan was sprayed; all for the image of success. But Kevin, he was genuine, he was real—though he piously followed the footprints of fiction, as I perceived it back then.

“It’s time for a trip,” I remember him saying so ominously. “Pack your gear,” which meant only one thing: we were going on the hunt, an exploration of the absurd that seemed to last longer every expedition—cameras, calls, decoys, and all the forensics necessary for proving the inexistent.

I knew this to be the greatest venture of all hunts when he displayed for us his map littered with pins depicting correlational Bigfoot sightings across the Western states with a kind of seasonal chart demonstrating the creature’s migratory patterns. California’s wilderness is a kind of pool that collects all sorts of campers and outback tourists, but Kevin managed to lead us, after four days of hiking, into the uncivilized domain of absolute nature. And for weeks we became but pins on a map tracking the mass apparition of the unanalyzed psyche. On week two we found bear tracks smeared into the mud, which Kevin swore to be evidence of our prey. On week three, over canyons, through thickets of poison ivy and tireless insects, battling rashes and homesickness, we found strands of thick brown hair caught in a bush of thorns. This of course for Kevin was all the evidence needed to indicate our direction as in perfect pursuit, like a worshiper simply knows his path as leading to the feet of God, guided by a flicker of light through a shadow of doubt.

On week four the crew consisted of but Kevin and I, as the rest made for their glorious homes in the hidden hills of the well-to-do, sheltered from the untamed. One by one they stripped away to the hardcore followers before all were eventually summoned by the irresistible compulsions of the pampered lifestyle. Kevin could not understand how their loyalties to the hunt could run so thin when he was completely bent on discovery.

The first night we spent alone I remember sitting by the fire while he examined the hair samples like an anxious child pinching a wish. Twigs snapped somewhere in the dark and Kevin shot up, asking, “You think it’s him?”

“It’s probably just a deer or something,” I said dismissively, tipping back my empty canteen.

His eyes animated by the swaying flames in the night winds, he asked in exaltation, “Do you think those footprints looked legitimate?”

“No,” I answered bluntly. “I think they were from a bear.”

He looked to me smiling as a kind of expressive cover over his true disappointment, saying, “You don’t really believe in Sasquatch, do you?”

My back aching, my feet throbbing, I hadn’t the motivation to lie. “No, I don’t.”

“If I remember right, you’re an atheist, aren’t you?” Seeing me quietly nod from across the blaze of excited embers, he continued delving as he was so prone to do in moments of the sort, “So do you believe in nothing?”

Fearful of philosophical chat, I joked, “No, I don’t believe in nothing because nothing isn’t possible.”

“You don’t even believe in nothing…. Yours is a sad and ironic story.”

“You know, even if Bigfoot isn’t real,” he uttered in the deepest intensity, “even if everyone who believes in him is wrong, we have to ask ourselves why—why are people seeing this thing, across cultures separated by miles of ocean? Why?”

“Perhaps it’s some psychological trait leftover from our transformational period of evolution.”

“Perhaps,” he sighed, hanging his head, “but maybe we see what we want to believe, because seeing is believing and we all need to believe in something … even if that something is really nothing at all; something as silly as a big-footed beast.”

I knew he didn’t believe what he was saying. He was merely humoring me and though I did appreciate the gesture, I had to change topics. “I’m leaving tomorrow,” I confessed in a façade of regret. “I’ve got my column to write.”

“You go ahead,” he gasped, tossing a bucket of dirt upon the fire, standing erect and immersed in the mist of his smoking spawn as it crawled from the earth to its heavens in serpentine clouds of gray. “I’ll catch up when I find what I’m looking for.” The undertone of this comment lingered in my thoughts the night long.

Issue after issue without Kevin’s guidance, the magazine fell apart, as we questioned his return. Suddenly, rumors began sprouting in headlines across the map in a kind of migratory pattern of a wild man living as a crazed animal while evading capture with utmost sophistication. They say he brachiates from limb to limb more graceful than any four-legged creature. They say he fights buzzards for meals and that his teeth are all worn down from chomping on bare bones. They say his hair hangs in matted clumps where grows vines and lives ravenous reptiles, his body bathed in mud. They say he may be the missing link.

Some of us from the magazine sat out to find him, following the trail of pins. We found shreds of fabric and other evidence of his existence. We soon came in contact with many hunters of Kevin’s who told of their sightings each more far-fetched than the last. He became a kind of mythical creature alive only in the beliefs of his pursuers.

It’s been years since his last sighting and his hunters have stripped away to only the most hardcore followers, but we know he is out there somewhere—we believe.