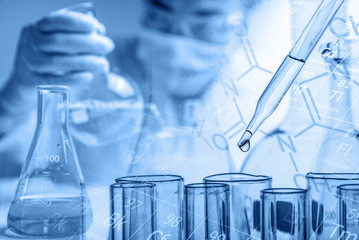 The sciences once told me there are four oceans.  Apparently these geographical sciences were incorrect and the National Oceanic and Atmospheric Administration decided to add The Southern Ocean.  Did the nature of earth and all its waters change that drastically to require a fifth ocean all of the sudden in 1999?  The sciences once told me that our solar system contains nine planets.  However, the International Astronomical Union downgraded the status of Pluto to that of a dwarf planet, leaving us with eight orbiting full-sized planetary bodies.  What changed?  Did Pluto shrink from its original size?  Did the other planets grow?  The sciences portrayed to me, as a child, so captivatingly, dinosaurs as scaly reptilian monsters.  Yet now we are told they were plumed creatures covered in feathers.  Why did the fossil record not indicate this at the time that I was filling my young mind with such marvelous visions of battling behemoths; those herpetological freaks of nature?  In 2011, under the Obama administration, our dietary guidance went from the Food Pyramid to the Food Plate.  In the time between 1992, when the Food Pyramid was introduced, and 2011, did our digestive systems evolve into something entirely different?  Or is science continually subject to arbitrary change at its preferred whim?

We are taught that the scientific method was invented by none other than Sir Francis Bacon.  However, this, itself, is a false claim, as the scientific method, in one form or another, can be traced all the way back to Aristotle.  Francis Bacon, after all, is a likely suspect in the founding of the secret society, Rosicrucianism.  A case can be made that, Bacon's unfinished book, 'The New Atlantis', portrays a land dominated by the tenants of Rosicrucianism.  What are these tenants?  When one delves headlong into Rosicrucianism and its followers, one will notice the origins of scientism and the dreams first dreamt for the tyranny of transhumanism.

These predictive horrors aside, why is the scientific method never questioned?  I certainly understand observing, testing, and the need for repeated verification.  Yet why do we abide a hypothesis?  I'm sure most reading this have never even thought to examine this.  Why is a hypothesis necessary?  Can an experiment or study be performed without implanting your educated guess into it?  I propose that, not only can it be done, yet should be conducted in absence of such a pre-scripted outcome.  We are humans and humans wish to be correct in their assumptions.  Subconsciously, the mere act of guessing creates a desire to manipulate the end results.  A hypothesis, in essence, is a seeded bias potentially growing and guiding all theory.

Many moons ago, your narrator sat in an Anthropology course, listening to the ages of man.  Being presented our human timeline, from brachiating ape cousin to upright bipedal higher consciousness, I couldn't help but to have my questions.  How can we know these dates to be accurate?  Radiocarbon dating sounds so damn sciencey and futuristic, certainly it must be infallible in its mathematical perfection.  However, I proposed to the professor the question that follows: how can we possibly know the radioactive isotopes of carbon decay to conform to a predictable rate under all possible environmental conditions, seeing as all cataclysmic variables cannot be replicated in a lab over the stretch of hundreds, thousands, or even millions of years?  My professor answered with a series of stammering stuttering nonsensical mumblings of incoherence.  Her summation was simply that of faith--to trust the science.

Yet Anthropology was not my major.  I studied another so-called science: Psychology.  My inquisitive nature arose a rebellious questioning all throughout my education in this subject.  For example; why am I reading chapter after chapter about this Sigmund Freud fella' when it's Carl Jung who's really capturing my attention?  Are we really taking this Freud guy seriously--the guy who theorized 'Penis Envy' and the 'Oedipus Complex'?  Learning the principles of psychotherapy, it became apparent why ... profit!  Sitting on a couch, dwelling on negativity and trauma--trauma that may be a manifestation of the therapy, itself, mind you--only creates a perpetual need for return to the office with another payment and another medication to be prescribed.

I remember a class in which the subject of "spanking children" was the discussion of the day.  We were presented a series of case studies, observational studies, and surveys, which, according to this science of the psyche "proves" spanking to be detrimental to the development of children.  I am not writing to you this memory to convince you that spanking is right nor wrong.  That is not the point of this retelling.  I simply want to show you the manipulation of "fact" as it is imposed upon students.

One such study of "fact" was simply a survey of violent inmates, which asked if they had been spanked as children.  The study indicated that most had been spanked, concluding that spanking caused their violent tendencies.  Of course, I asked that all confounding variables be terminated before arriving at such a conclusion.  I raised my hand defiantly and explained to the professor that most, if not all, inmates are below the poverty line.  Most people below the poverty line at the time of this study would have drank Kool-Aid growing up, seeing as it is a very inexpensive alternative to most sugary beverages.  I suggested, one may conclude, based on the non-scientific premise that correlation equals causation that Kool-Aid creates criminal behavior.

She was not happy about my debate, yet she gave the rebuttal of other studies which provided fancy-smancy charts showing a rise in aggressive tendencies and violations of school-age children, which coincided with the parents use of spanking as a corrective measure.  Once again, I pointed to the fact that they did not weed out the common thread of poverty.  Besides that, I questioned, what are the metrics?  What extent is considered an unhealthy level of aggression and, more importantly, where are the categories of punishment techniques as far as, No Spanking, Some Spanking, Only Spanking, and Harmful Abuse?  At what degree do we separate "spanking" from "harmful abuse"?  This lack of empirical evaluation taints the study from the beginning.

While my professor became increasingly aggravated, I became increasingly cool, noticing I had usurped the classroom.  They were hanging on my every word, for I thought about what the science of psychology actually means more than the PhD heading the class.  I explained to my classmates that a truly conclusive study on spanking cannot be conducted, as there is no possible way to do this ethically.  One must set metrics as far as what constitutes spanking, as opposed to harmful abuse.  One must use twins, both in the same environment with the same diet, exercise, upbringing, while spanking one and using non-corporeal measures upon the other, while a level must be matched for both punishment styles.  This cannot and will not ever be done.

Besides, who can say that the extremes of psychological punishment aren't more detrimental than physical punishment?  Where are those studies?  They don't exist, because of classism.  Time-outs are a privileged form of punishment, while spanking is for the poor, seeing as the poor exist in an environment that requires prompt correction, lest the result of continued misconduct may result in injury or death.  It may be suggested that the aggression that results from spanking is necessary for survival in certain environments.  I cannot conclude this, as the studies cannot be conducted, yet neither can the conclusion be made that spanking is detrimental to child development for the same reasons.  My professor, needless to say, was livid, yet had no argument and so moved on to the next subject.

Yet let me not get too carried away with patting myself on the back, as I am a college dropout; a flunky; a rebel without a degree.  Still, don't think a missing plaque on the wall is going to keep me from debating to my heart's content.  I don't sit behind a mahogany desk.  I don't smoke Cuban cigars.  I don't clasp the hands of movers and shakers.  But I don't let all of that stop me from thinking out loud.

Lawrence M. Krauss--a theoretical (hypothetical) physicist who openly mocks Judeo-Christianity for claiming the universe came into existence with the snap of God's fingers.  Yet he goes on to propose a hypothesis that the universe came from nothing.  Because he was able to make the numbers work, all religion is stupid and he's the genius.  Read a Lawrence Krauss book, I defy you, for you will come to the realization that this is a man who woke up realizing his homework assignment was due today and is trying his best to bullshit his way to a passing grade.  Well, I won't even give him the dignity of an F for Failure, as he is only worthy of an I for Inconclusive, as that is what his every spoken thought truly is, he and his uneducated guesses.

I once had an encounter on Twitter with this conman.  I asked the overly simple question, "How can we see stars?"  It sounds very childish and ignorant on the service, yet this is a very profound question and one ripe with the opportunity for teaching if one so holds the answers.  I explained the reason for this question:

If a star is, in fact, globular, this means it emits light in all possible directions.  It is not a directed light source, tunneling to my eyes.  This begs common sense observation.  If the stars' energy is emitted in all possible directions of the universe, how does it maintain enough force to be observed with the naked eye, no matter where I stand on the earth or in the galaxy?  If light is particles, how are those particles not dispersing to a degree that becomes unseeable?  If light is waves, how are the waves from every star not overlapping creating distortion, like in between radio stations, indecipherable static leaving my eyes and mind incapable of following the stream back to its source?  If every star maintains enough directed energy to contact the eye thousands of light years away, then why is the sky not perpetually filled with blinding light?  What is it about the eyes that follows a light source and tracks it all the way to its source as a pinpoint of light out there in the blackness of space?

He stated simply that particles of light are recognized by the eye and registered as a star.  In my humble opinion, a response of "I don't know" would have been infinitely more intelligent.  The sad thing was, his cult following did not pick up on his inability to answer a most basic, overly-simplified, childish curiosity on the true physics of our universe.  That's right, folks, I stumped a "genius" with a question a kindergartener could have posed.  Infantile wonder trumped all of his awards and accolades as a mind above minds.  This is my middle finger to the hubris of highly worshipped physicists, as they are not even fool's gold in intelligence to the world.  They are the fool's fool's gold.