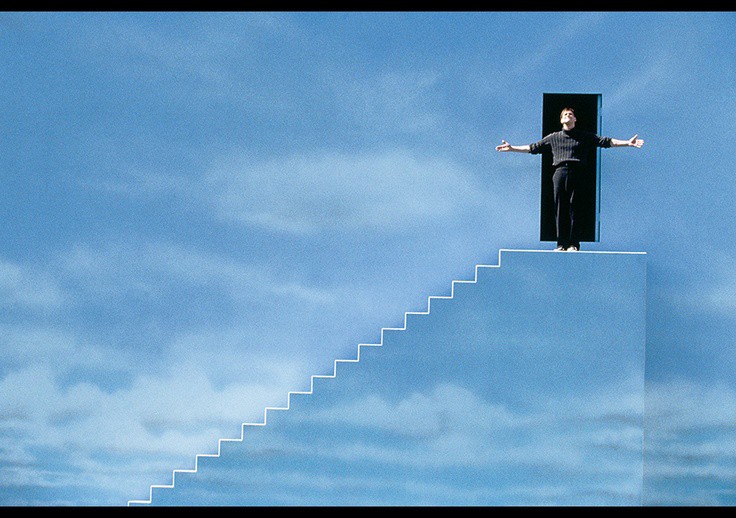 When a house burns down, leaving nothing behind but smouldering ashes that eventually settle into the dusts that scatter and fertilize the grasses and weeds of tomorrow, did that house ever really exist? It still exists in photographs, but what about when they fade and dissolve under the stresses of time? It exists in documents, but what if they were to disappear into nothingness? It exists in memory, yet memories fade and eventually perish and if no tale remains of the house in living memory or evidential substance, did it ever really exist?

Was it like a dream? An experience of temporary mind? Perhaps it was nothing more than a thought in the wind. Maybe it was as a hallucination that has passed and now returns the sanity of the live reality.

These are the types of mental gymnastics that we must prepare ourselves to combat. History is being deleted; facts are being distorted; reality is being demolished and cleared away for the parking lot coming soon.

Yet the virtual reality pushers will have you questioning everything you think, know, and feel from every standpoint to break down its fundamental composition. From this they can rebuild your illusion. They can inject you with the holographic mindframe and turn you into Truman Burbank from 'The Truman Show' where all are actors around you. They play their part lest they be removed by stagehands like a glitch in the matrix. Wherever the simulation breaks down, Agent Smith is there to repair it; Christof is there to turn up the storm.

The show raises you. It teaches you that there's nothing left to explore. It tells you what products to purchase, how you should look and act. The show directs you where you can and cannot go; what your limits are and structures your borders, imprinting this into the fiber of your being so you never exit the plot

If they can stage a moonlanding, C.G.I. an airplane into two New York City towers, spread invisible terror of a virus, and green screen Biden's speeches as well as Rittenhouse's trial, they can certainly turn your world into the limelight for some outside audience, spectating your falsified life. They can and they will. All they need is your compliance to the lie.

Soon will come deep fake and we will have no clue what to believe. We will wonder, did he really say that/did she really do that or was it deep fake? How will you know? The lines of real and fake have merged. The shroud of illusion covers us. We are getting sleepy. Hypnosis is setting in. The stage is lit and the actors perform their scripts. The props look so believable. The storyline draws you in like a fish on a hundred-hooked lure.

Yet somehow, some way, there is something deeply rooted to reality at your core. It will notice the strange unnatural patterns of traffic, of society, of speech, of lifestyle. It will wonder what is beyond the island town of Seahaven? It will drive you beyond the curtains. You'll see the masks for what they are. You'll recognize who stands behind the blinding spotlight in the rafters. You'll know there is something much more intrinsically connected to your human soul out there beyond the waves. You'll brave the storm and see the dome for what it really is.

Christof will do his best to manipulate you. He will try to pull you back into his virtual realm. He will talk of his panopticon over you as a prison of love and protection. He will explain his virtual reality as more real and safer than the dominion of natural humanity. His surveillance, he will try to convince you, was in your best interests. This whole existential deception was all for you, because, like God, he created you and is there to watch over you and shower you in adoration and convenience of script.

Yet your eyelids have peeled open. What you've seen, you cannot unsee. Once you taste the poison in the Kool-Aid, you cannot drink again. Once the screen was dismantled, you cannot see it as anything other than fiction from a projector. The illusion fades away and the ashes of yesteryear reveal the house that once stood. It exists. It is real.

You'll open the door, turn to the camera, state your catchphrase for the last time, take a bow, and exit stage left....